Our Value for July is DETERMINATION

Read more about our Values Programme

The outdoor learning curriculum across the school has been flourishing this year, with lots of educational visits and forest school events supporting learning within the classroom.

In year 5 the children were studying Kensuke’s Kingdom and so they made and floated rafts at the river, they imagined they were stranded on a desert island and built a den to stay in, they also used bow saws to cut wood. 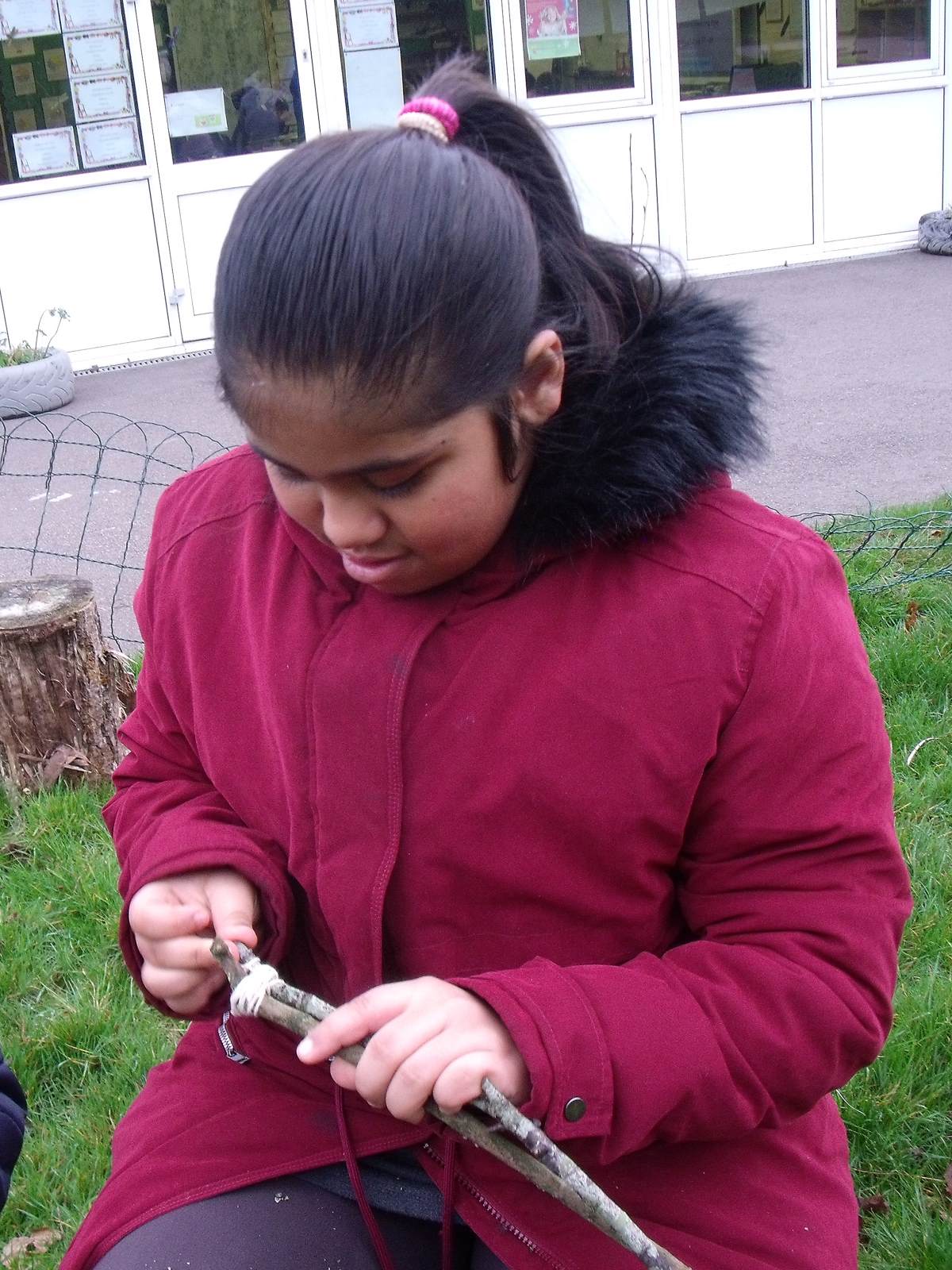 Year 4’s forest school was linked in to their Robin Hood topic. They hunted for Robin Hood, they made bows, built dens in the woods, practiced their archery and cooked dough twists on fires they had prepared.

In year 3 the children went on a trip to the Tower of London and did a range of forest school activities linked to “The Iron Man”. This included making an Iron Man from natural materials, they built a den for Hogarth to camp out in, they cooked soup on a fire for Hogarth to eat and did an adjective orienteering challenge.

Year 2 have completed their forest school programme linked to “The Owl Who was Afraid of The Dark”.  They have been on a sleepover; where they explored a series of tunnels in an indoor cave system, built dens, lit fires, raced round on pedal karts, followed an orienteering course, went for a night walk and practiced their target practice with mini-crossbows.

Year 1 will be taking part in forest school during the first half of summer term, and will be doing a range of activities linked to Stickman. They have made their own stickmen, searched for the family tree, played Pooh-Sticks, planted seeds, lit fires and built nests.

Year 1 have also been visited by the Reptile Roadshow, when they were studying the “Just So” stories and went to the zoo to look at the animals in Handa’s Surprise.

In Reception Forest School is linked to the Gruffalo, children have been on a Gruffalo hunt, built a house for the mouse, slithered like the snake, looked for the owl’s nest and described the Gruffalo.